The earliest band at West Lafayette dates back to 1930, when Superintendent Frank Burtsfield and cornetist Louis Elmore provided the push to get it rolling. The first true marching band began in 1934, with Mr. Elmore conducting. Legendary WL music instructor Marshall Howenstein took over the band department in 1935, a post he maintained until his 1965 retirement. The auditorium is dedicated in his honor, and our bands still play the West Lafayette Hymn and Victory Song, which Howenstein wrote for our school in the 1940s.

The West Lafayette Bands have had relatively few directors over the years: 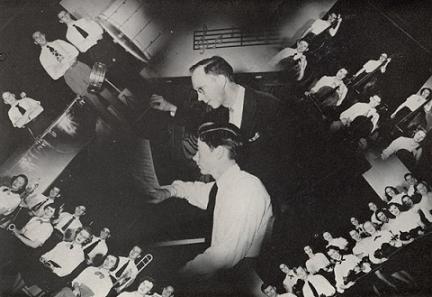 Marshall Howenstein, doing what he loved 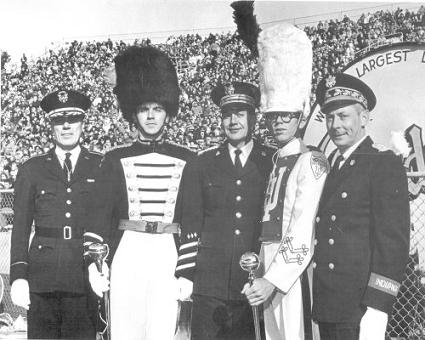 The West Lafayette Music Program is fortunate to have an outstanding collection of facilities at our disposal.  The Junior/Senior High School houses nearly 30,000 square feet of music department space, including a remarkable 16 practice rooms, 4 offices, and over 5,000 square feet of equipment storage.  These facilities are used by over half of the students at the Junior/Senior High School on a daily basis (506/999 students).  We are grateful to the West Lafayette Community School Corporation and the West Lafayette Athletic Department for their willingness to help our growing music program!